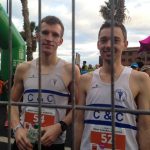 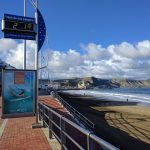 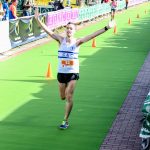 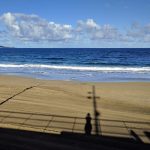 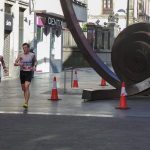 A week later and here’s my marathon race report…

Gran Canaria, my 17th marathon and substitute for Malaga which was cancelled just over a month ago. So, as most of you know by now, I finished 9th (and bagged some prize money, my first for a marathon haha!) in 2:40:57 with half times of 1:21:03 and 1:19:57 (only my second negative split). My 10k splits were 38:22, 38:34, 37:44, 38:06 before finishing the last 2.2 km at a reasonable clip. I’m calling it my most mature run to date, 7 seconds slower than my PB but run much better in more difficult conditions. That 3rd 10k was maybe a little hot in my eagerness to push on and leave Axel behind but it worked out okay, only slowing slightly in the last section whilst running solo. Maybe the first half was a bit soft but I don’t think I under-cooked it by much.

It was pretty warm throughout (18 in the shade, 21 in the sun) but not so humid. I’d say the strong coastal wind was a bigger factor than the heat. The course itself is fast with lots of long straights. It’s also very nice to be running on the coast and looking out to sea. The only drawback with the course was a 6 km segment with a chaotic mix of half runners making significant weaving necessary (the race rejoins the half, mixing 2:40 marathon runners with crowds of 1:50 half runners… very odd and frustrating). Otherwise the race is incredibly well organised given the number of runners. There were about about 3000 in the 10k, 2000 in the half and 1000 in the full. I would definitely recommend it as a fun and inexpensive race to do with an outside possibility of a fast time.

https://youtu.be/oJEJb-FRKnU?t=2h17m (me getting a chunk of live broadcast time about 30 km in)